SK hynix will begin selling 128-layer 4D NAND flash memory in the second half of this year, while continuing to roll out various solutions. With its four-plane architecture in a single chip, the product achieves data transmission rates of 1,400 Mbps (megabits per second) at 1.2v, enabling high-performance and low-power mobile solutions and enterprise-class SSDS. SK hynix plans to develop the next generation of UFS 3.1 for major flagship smartphone customers in the first half of next year. Using 128 layers of 1 terabyte of NAND flash memory, the number of NAND chips required for 1 terabyte (terabyte) products (currently the maximum capacity of smartphones) will be reduced by half compared to 512 Gb of NAND. It will provide customers with mobile solutions that reduce power consumption by 20% in a 1mm thin package 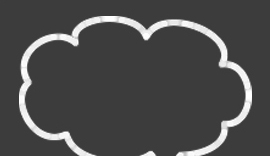